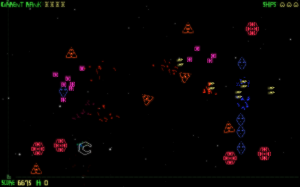 4 thoughts on “Trouble In Euclidea, a mini-game”