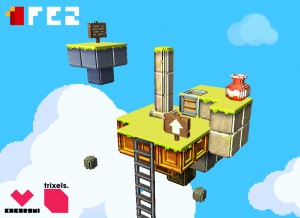 33 thoughts on “Behind Fez : Trixels (and why we don’t just say voxels)”