Traditional DirectX lighting models define ambient lighting as coming from all directions, and is added as a constant on all surfaces regardless of the geometry. Ambient occlusion acts as a factor to ambient lighting to take into account the cavities and concave areas in a model, or how much a surface is hidden from its environment. 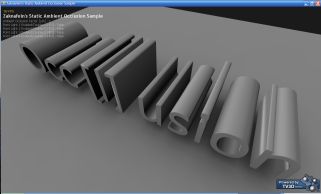 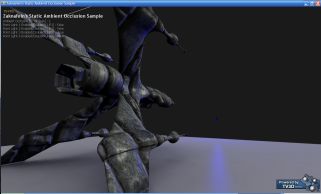