RAIN+BOW is game I made with Devine Lu Linvega as Les Collégiennes during TOJam Sixy Times in 2011, and lay on the backburner for many years until it was resurrected for a showing at Gamercamp in 2013, this past weekend! We finally took the time to add polishing touches and add gamepad support, so I’m happy to release this version as the final public build! 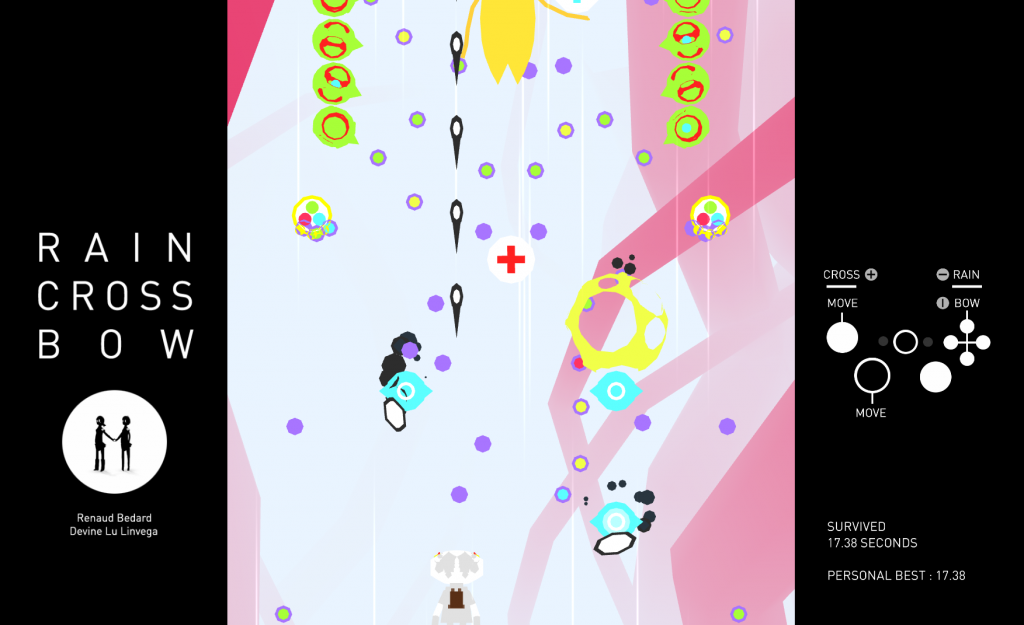 What am I looking at?

RAIN+BOW is a bullet hell, or a shmup where you need to make your way through a sea of bullets and enemies and hopefully kill some of them in the process. There is no score tracking, but the game tracks how far you were able to get and remembers your highest “score” for this playthrough. You have no health; a single bullet hitting your head will kill you, but as is usual in those kind of games, the hitbox is much smaller than the character. 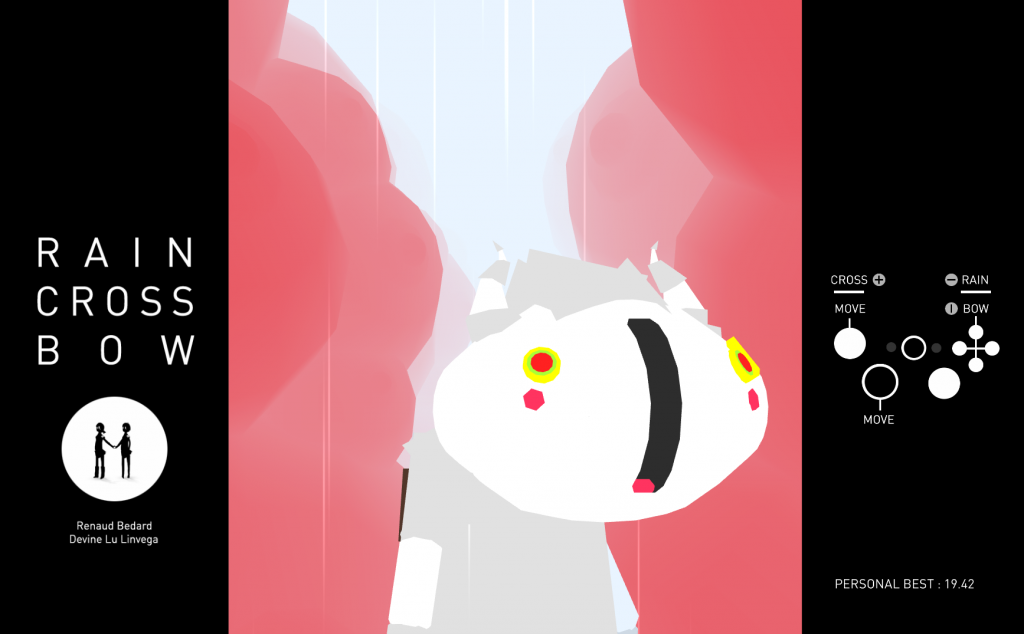 There are three weapons at your disposal :

Sometimes you’ll see an orange cat presenting you a power-up for one of your weapons; definitely kill that guy and grab the powerup to get a more effective firing rate and effectiveness, and if you reach level 3, a temporary ultra-powerful rainbow firing mode for that weapon.

You might think that spamming all three weapons at once is a good idea, but the firing rate is halved for every simultaneous weapon, which means you should prioritize the one you think is best suited for the situation, and fire off CROSS missiles every once in a while.

RAIN+BOW was made in Unity, with the models made in Cinema4D by Devine, and original music also created on the jam site by him back in 2011. It doesn’t use textures at all (all flat-coloured materials), and we even avoided transparency in favour of rapidly flashing entities on and off, to give an even more psychedelic and retro-arcadey feel to the game.
The levels are randomly generated based on predefined “events” that are presented in a random order, with some variation, in a very simplistic Spelunky-like way. Game difficulty varies wildly because the algorithms for level generation are quite crude, but it ends up being challenging and fun every time, which is what counts,… right?

Enjoy! And let me know if you get crazy high scores. :)